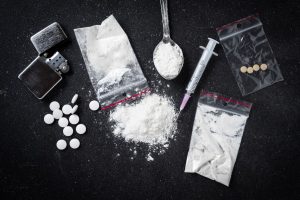 The studies were reported in PLOS ONE, a peer-reviewed medical journal. The study was conducted by two demographers: Samuel Preston from Penn and Dana Glei from Georgetown. Preston is a professor in the Department of Sociology in Penn’s School of Arts and Sciences and a research associate at the Population Studies Center. Glei is a senior research investigator in Georgetown’s Center for Population and Health. Their research found that in 2016:

The researchers analyzed data from the National Center for Health Statistics, part of the Centers for Disease Control and Prevention. They studied data from all 50 states including South Carolina for 15 age groups over 18 years. They found that deaths that were “coded” as drug deaths included drug overdoses and drug-related deaths due to mental health disorders. These coded deaths only represented about half of all drug-related deaths.

While the study demonstrates that the scope of the drug epidemic is much worse than believed, the study does not explain the root causes. According to the PLOS ONE report there are two general theories for the high rate of drug-related deaths:

Preston states that further studies are needed to separate these two theories – the supply and the underlying causes.

It is these underlying causes, among others, that often cause people to need criminal defense lawyers for drug charges:

Experienced criminal defense attorney A. Randolph Hough has been representing the accused in SC for decades. Our firm fights to obtain dismissals, acquittals, and fair plea bargains. Call The Law Offices of A. Randolph Hough, P.A. at 803.771.4119, or fill out our contact form to schedule an appointment. We have offices in Columbia and Charleston.