Anytime you’re arrested it’s in your best interest to hire a good criminal defense attorney to explain and protect your rights and fight for you. A driving under the influence arrest (DUI) can cause ripple effects that you never may have anticipated.

Most of the time when people are pulled over and are asked to submit to field sobriety tests, they’re nervous and don’t know what to do or say. They comply with the officer thinking that they have no choice. Others who may know that they have the right to refuse roadside testing, don’t know the consequences of doing so.

Why do I need a Charleston or Columbia DUI defense lawyer?

Law enforcement is ultimately most concerned with making an arrest stick and helping the prosecutor build his or her case against you. The best way to do that is by gathering as much evidence against you as possible. Some of that evidence may include:

Some of these tests have the ability to be challenged based on certain factors, such as whether testing guideline procedures were properly followed. We will examine all of the evidence the government seeks to use against you, and we will attack all of it. DUI defense lawyer Randy Hough is trained and experienced in fighting all types of evidence in DUI cases. Randy has received the same training as law enforcement and is certified to administer Field Sobriety Tests (FSTs). Randy’s experience, training and certification to administer these same FSTs can be used against the government and for you. Randy has also received extensive training regarding breath testing and other aspects of the government’s case, and will use his knowledge and experience to fight for you.

Was your stop legal?

One of the most common DUI defenses involves questioning the validity of the stop. Legally, law enforcement can pull you over for suspicion of DUI; if you were driving erratically, speeding, or driving too slowly, all of those can result in a DUI stop. One of the first things your DUI defense lawyer will do is decide whether or not to challenge the stop as unlawful.

Were the tests lawfully executed?

After you are pulled over, you may be asked to exit the car and perform a series of tests – the Standard Field Sobriety Tests – the results of which the officer will use to accuse of being impaired and therefore driving under the influence. Because of South Carolina’s implied consent laws, if arrested, you will be requested to submit to a chemical test: a breath test, a blood test, or a urine test.

You can refuse all of these tests in most cases, but you will automatically lose your license. On the other hand, if you refuse, the police will have less evidence to use against you.

Your DUI lawyer can also review whether or not the tests (if you consent to take any or all of them) were properly administered. If they were not, your attorney can file a motion to suppress the evidence against you and in certain circumstance may seek to have the charge completely dismissed.

Were you read your Miranda warning?

A lot of our clients ask us about the significance of Miranda warnings in their DUI case.

However, South Carolina has a very stringent DUI video recording statute which requires that all people in South Carolina who are being investigated for DUI be advised of their Miranda warnings, and that this advisement be video recorded by the police. If these requirements are not met, we may be able to have your DUI case dismissed.

Would a DUI even trigger a Miranda warning?

The Supreme Court of the United States says that most DUI investigations are custodial, and therefore will not trigger the Miranda warning. However, as the State of South Carolina includes a Miranda requirement in its own video regarding the DUI statutes, we have chosen to discuss it here.

All sentences are not one-size-fits-all

Depending upon the number of DUI convictions you have had in the last 10 years, you could face serious, escalating penalties for a repeat conviction. Some of those penalties can include:

With the right legal representation in your corner, a DUI charge does not have to ruin your future.

An experienced private Charleston attorney is able to represent you in both the criminal and administrative sides of your DUI case. Public Defenders are typically not permitted to represent you at your OMVH Administrative Hearing where your driving privileges are equally at stake. If charges cannot be dropped entirely, depending upon your prior criminal record, you may be able to escape jail time through payment of a fine and performing community service or attending an alcohol treatment program. The severity of the charge, especially if you are a repeat offender can impact your life through:

There could be room to negotiate a lighter sentence whether you face a first, second, third or subsequent DUI offense, after a thorough review of your case. Don’t risk everything you’ve worked hard for by trying to handle your own case. Randy Hough has handled more than 2,000 DUI cases over the course of his career. He knows what is at stake for you, and will conduct a thorough investigation of all available evidence and facts related to your case to guide you toward the best legal outcome possible.

The Law Offices of A. Randolph Hough, PA understand the intricacies involved in dealing with complicated DUI defenses. The best defense is a strong offense, and our firm is ready to fight for you. Schedule your consultation with Randy Hough by calling our Columbia office at 803-590-0214, our Charleston office at 843-507-4558 or by reaching out to us through the contact page. 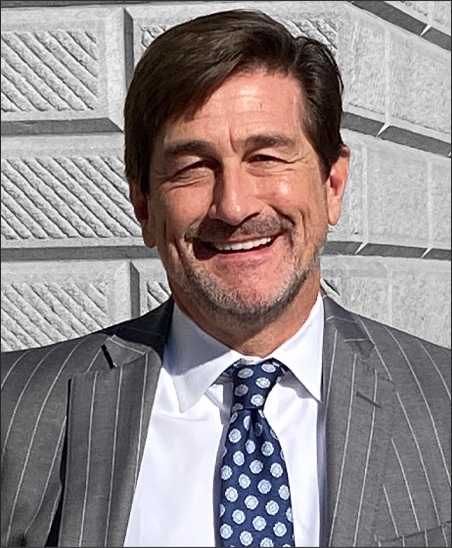