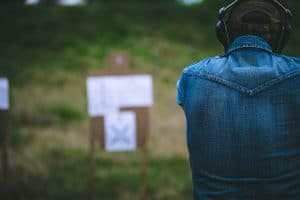 Ten people have filed a lawsuit in Lexington County state court against the owners of the Pantaeo Sportsman’s Club. The club is a 76-acre outdoor collection of shooting ranges for guns of all sizes and types. The lawsuit alleges “rogue bullets” are flying into the plaintiff’s personal properties like a “warzone.” The plaintiffs are asking that the ranges be shut down until a “’nationally recognized shooting range expert’ can analyze the risks of stray bullets to neighboring properties and streets.”

According to The State, the owner of the club claims neighbors are not in danger, but he has agreed to having an expert inspect his site.

In this case, most of the plaintiffs are gun owners and hunters. They say their complaint is based on safety concerns and not gun rights concerns. The neighbors also object to the unbearable noise coming from the facility.

Under the “South Carolina Shooting Range Protection Act of 2000,” a range is defined as an area where:

the firing of firearms is the usual, regular, and primary activity occurring in the area; and where the improvements, size, geography, and vegetation of the area are such that a projectile discharged from a firearm at a target would not reasonably be expected to escape its boundaries by virtue of the trajectory of the projectile, or by virtue of a backstop, berm, bullet trap, impact barrier, or similar device designed to prevent the escape of such projectiles.

The club owner claims that “when he’s gotten complaints about stray bullets, he has checked his shooters and ranges and determined it was ‘physically impossible’ that any errant bullets in the area were coming from his range. In some cases, what sounds like a bullet passing near a house might in fact be an echo from his range.”

The plaintiffs also mention noise in their lawsuit, but they may be unable to bring a nuisance claim against the Pantaeo Sportsman’s Club if the ranges were in place before the plaintiffs bought their homes.

The right to fire a weapon

Section 23-31-510 of the South Carolina Code governs various aspects of gun ownership and use. This law generally takes priority over any local laws. (To fully understand how these laws apply to you, and the rights you have regarding carrying and owning, you should consult with an experienced South Carolina attorney.) Some of the notable provisions in the law include prohibitions against using firearms if you are under the influence of alcohol or narcotics. It is important to understand that there are both state and federal laws governing firearm use and possession. For example, the South Carolina law enforcement division takes the position that, under federal law, users or marijuana cannot possess a firearm.

Generally, each county and/or city has its own sets or rules/ordnances that govern the discharge of a firearm at a shooting range, for hunting, and for any reason. These laws complement the state’s laws on possession, sale, and use of weapons.

Some of the issues that each county must review regarding shooting at gun ranges or any other location include:

At The Law Offices of A. Randolph Hough, P.A., we represent clients whose rights to carry and fire a gun have been denied or subverted. We also represent people who are accused of weapons charges. To learn more about our services, call us in Charleston or Columbia at 803.771.4119 or use our contact form.