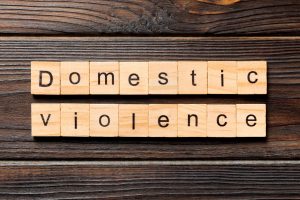 South Carolina is known for many things. We have great golf courses, beautiful beaches, and world-famous southern hospitality. In fact, Charleston is often ranked as the friendliest city in the world. We also have a high rate of assault and domestic violence crimes. The state has been making progress toward decreasing violent offenses, but the coronavirus put a lot of people on edge, and it contributed to the increase in domestic assault crimes.

When we first started talking about this issue, we really thought it would be temporary – a couple of weeks, maybe a month of shelter-in-place and lockdown measures. Now all indications are that despite the announcements of promising vaccines that hopefully will be available next year, it is going to get worse before it gets better.

Pressures over job loss, financial strain, and other natural stressors have increased the rate of domestic assault and abuse both here and across the country. The longer you are required to remain in close quarters with someone, the more likely it becomes that tempers will flair and arguments will turn explosive. Assault arrests increased for family members sharing a home and dealing with the stress of economic hardship, isolation and other factors related to the pandemic.

The increase in domestic violence rates

The State reports that domestic assault numbers rose as other types of crimes decreased. Some of these assaults were fatal:

Sistercare, whose services include counseling domestic violence victims, says calls for its services have increased 66 percent in April. The services include providing court advocates for victims, and those advocates in Lexington County have been overwhelmed, according to Nancy Barton, executive director of Sistercare.

The Columbia Police Department reported a small uptick in cases – 63 reports of domestic violence between March 22nd and April 20th of 2020, as compared to 60 calls during the same time period in 2019.

Were other crime rates on the rise?

As it turned out, no – not really. In fact, The State reported that larceny, vehicle thefts, robberies and assault were down, and in Lexington and Columbia, particularly, violent crime numbers were down overall. Drug crimes increased slightly, but “only by a slight amount.”

If you have been accused of, or charged with, domestic assault, The Law Offices of A. Randolph Hough, PA will thoroughly investigate the facts and evidence on both sides of your case to determine your best legal options. Schedule your free consultation today by calling my Columbia office at 803-590-0214, my Charleston office at 843-507-4558, or by reaching out to me through my firm’s contact page.