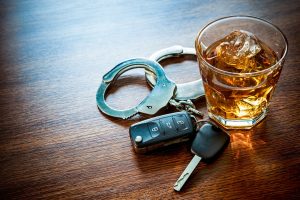 My practice sees hundreds of clients each year facing DUI charges. For some, these arrests come as a result of being stopped at a DUI checkpoint. Unfortunately, I’ve found that many people are unaware of their constitutional and legal rights at a checkpoint, which can lead to unfair arrests.

The short answer to whether or not DUI checkpoints are legal here in SC is yes – but only if implemented properly and according to the law. If authorities fail to establish a valid checkpoint, any evidence collected may be considered invalid as well. In South Carolina, all DUI checkpoint arrests are open to challenge.

Here’s what you should know about DUI checkpoints in the event you encounter one, or if you find yourself facing charges as a result of a checkpoint.

DUI checkpoints vs the Fourth Amendment

As you may know, the Fourth Amendment to the U.S. Constitution states that, as citizens, we’re protected against unreasonable searches and seizures. In 1990, the U.S. Supreme Court reversed a Court of Appeals case ruling that being stopped at a DUI checkpoint constituted unreasonable seizure under the Fourth Amendment. Wrote Chief Justice Renquist, “This case poses the question whether a State’s use of highway sobriety checkpoints violates the Fourth and Fourteenth Amendments to the United States Constitution. We hold that it does not, and therefore reverse the contrary holding of the Court of Appeals of Michigan.”

How do DUI checkpoints work?

South Carolina law enforcement must follow a specific set of rules for DUI checkpoints. This includes the following types of guidelines:

Is it illegal to turn around at a DUI checkpoint?

It’s not illegal to turn around to avoid a DUI checkpoint – if you do not break any traffic laws. For example, if you make an unlawful U-turn, it’s likely law enforcement will pull you over for a traffic offense. However, if the officer has reason to believe you are driving under the influence, they may investigate further.

If you do legally and safely turn around before a checkpoint and an officer pulls you over anyway, your DUI defense attorney can argue that the officer had no reason to detain you.

At The Law Offices of A. Randolph Hough, P.A., we have a long and successful track record of defending people against drunk driving charges. Attorney Hough puts his decades of experience behind every case, fighting for the best outcome possible for every client. To schedule a free consultation at one of our offices in Columbia or Charleston, please call (803) 219-2740 or fill out our contact form.