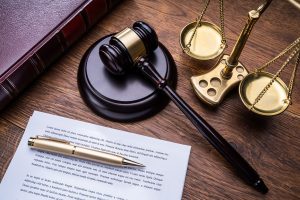 During his four years as president, Donald Trump has granted clemency to approximately 100 individuals, with a flurry of pardons going out at the end of the year as his presidency wraps up. A few days before Christmas, President Trump pardoned or commuted the sentences of over 40 people, and is assumed to grant between 60 and 100 more today.

Let’s take a look at some of his more recent pardons and commutations and find out what everyone is talking about.

Often, presidential pardons are granted for righting past wrongs, or to acknowledge that an individual has truly rehabilitated him or herself. For example:

Other Trump pardons have raised some eyebrows in the media. These include:

President Trump also issued a number of posthumous pardons, including:

With a very limited amount of time remaining in Trump’s term, there could be even more pardons and clemency coming. Trump has tweeted as far back as 2018 that he has the right to pardon even himself.

If you have any questions about pardons or expungements, the Law Offices of A. Randolph Hough, P.A. can help. We represent clients throughout South Carolina, with offices in Columbia and Charleston. Let us help you with your legal issues and protect your future. Our initial consultation is free. Please call 803-771-4119, or fill out our contact form.